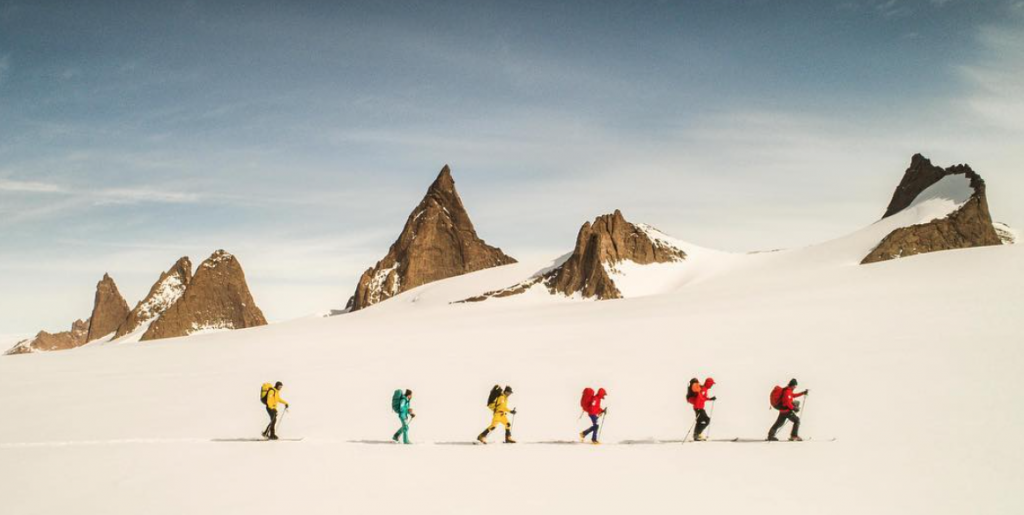 Very few places on earth offer unique opportunities for explorers and climbers, but Antarctica is one of them. In 2017, the North Face sent 6 explorers into the heart of Antarctica to forge new climbing routes within the Drygalski mountains in Queen Maud Land. Not only this, but they made a film about it.

The team based themselves beneath Fenriskjeften massif (often called the “Wolf’s Jaw.”). The massif is actually 6 mountains that rise from the landscape like a set of jagged teeth. 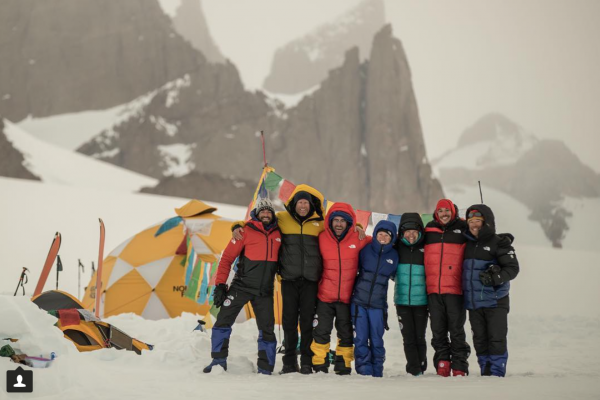 The team, led by Cedar Wright, battled sub zero temperatures, ice storms and loose rock in their mission to complete as many summits as possible.

With a real-life cast of climbers, it’s pretty much safe to say that the film will be incredible! Director and cinematographer, Pablo Durana, was also there with the team, helping to document their unique journey in one of the world’s toughest environments.

Reel Rock Film Festival in New York will be premiering the film on November 16th and we can’t wait to see how the intrepid climbers got on! But who are these 6 dare devils?

Legendary is a fairly weak word when it comes to this guy. Conrad is the Yoda of technical mountaineering. He’s climbed Mt Everest 3 times (once without supplemented oxygen), he’s made 4 first ascents (including several in Antarctica), and has led more expeditions than you can count! Conrad believes his role on the expedition is more of a mentor than a climber.

“I don’t need to be pushing the limits…I’m here for the team”.

Jimmy is an American photographer, filmmaker, skier, and of course, climber. His short film ‘Meru’ was nominated for an Oscar, his photography has been published in National Geographic and he was the first American to ski down Mt Everest. Yep you read that right – he SKIED down the tallest mountain on earth. Oh and he has also climbed in Antarctica before, forging a new route on Ulvetanna!

“I’m pretty excited by the trip, it’s been a while since I’ve been able to concentrate on some of my own climbing objectives”

Savannah is ‘relatively’ new to the climbing scene. Her biggest passion is telling stories through photography and Savannah has released several photo essays of here journey to Antarctica’s Queen Maud Land. During her journey to Antarctica she teamed up with Anna Pfaff to ascend the tough climbs. Her and Anna also became the first climbers to ascend “The Gem” with Lindsay Fixmer in India’s Zanskar Range recently.

“I’m going on this expedition to shoot photos and hopefully inspire other woman to do this stuff”.

“Climbing puts you in really wild positions… I’ve been cold before, but this is a new level of cold”.

Alex is a guy who climbs huge rock walks and cliffs, often without ropes! It may sound crazy to us, but Alex has been doing this for many years now and he’s one of the most respected technical climbers on earth. Having made numerous first ascents such as Freerider – El Capitan, Yosemite, and Fitz Traverse, Patagonia, Alex’s skill set is perfectly placed to tackle the vertical cliffs of Fenriskjeften massif.

“I haven’t done a trip like this in a long time, where I’m fully outside my comfort zone”.

Leading the tip to Antarctica, Cedar is one experienced campaigner. He’s an award winning filmmaker, National Geographic Explorer, and climber. Having lived in Yosemite for some time, Cedar made some blistering runs on El Capitan and first ascents on the Sentinel. He’s made Big Wall first ascents on all 7 continents and partnered up with Alex Honnold in Antarctica.

Well there you have it – 6 amazing climbers, 1 amazing destination. Lets hope the film is just as incredible! Check out the trailer below.

All photos featured in this article are from the climbers Instagram pages.

About the Author Expedition Cruise

ExpeditionCruise.net is the web’s most authoritative information portal on adventure and expedition cruising. Our mission is to provide up to date and comprehensive information on traveling to the Arctic, Antarctica and further afield, so that your experience is as fulfilling and safe as possible.

Who Discovered The Northwest Passage?